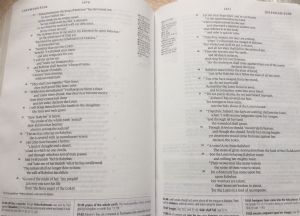 1.Although the Bible was written by human authors we believe they were directed by the Holy Spirit. The Bible is therefore reliable and accurate in all matters of faith and doctrine and is from God.

2. The Godhead is a unity of three persons - God the Father, God the Son and God the Holy Spirit, who are united as one God.

3. Human beings were created by God in his image. Men and women are created distinct but equal before God. Marriage between a man and a woman reflects the relationship between Christ and his Church.Since all human beings are affected by the Fall we are at a distance from God as  sinners.

4. As the eternal Son of God, Jesus, was, is fully divine and he became human. He became  human by being born of Mary, a virgin, by the power of the Holy Spirit.

5. He was called Jesus (Saviour) because He came to save sinners by His sacrificial death. After His burial He was raised from the dead. He lives in the power of an endless life.

6. All those who genuinely repent of their sin and place their faith in Christ receive the gift of everlasting life.

7. Each believer receives the gift of the Holy Spirit within them and their relationship with God is through the new spiritual birth.

8. All believers in the New Testament were baptised, by immersion, to symbolise their identification with the death, burial and  resurrection of Jesus Christ.

9. Jesus will return and take all true Believers to be with Him in Heaven. Those who do not believe will ultimately suffer everlasting punishment in the lake of fire.